I go to the International School of Dakar (ISD), which is in Senegal for those who don’t know. It’s a great school as well. It’s probably as close to perfect as it gets when we’re talking about school, but there are somethings I wish would change. We have four classes a day, each one eighty minutes. I

have Social Studies, Math, Music, and Technology on one day, and Science, French, Language Arts (LA), and Physical Education (PE) on another. We alternate between those classes every day, so we never have the same class two days in a row. We’re also on this weird eight-day rotation schedule. It controls the order of our classes that day. We have the same classes every-other-day, but not in the same order. We have what is called “extended block” at the end of our second class on Tuesday, Wednesday, and Friday. Extended block is just an extra half-hour for us to work on school stuff of our choice. On Monday, instead of extended block, we have community meeting, and on Thursday we have advisory. We have a twenty-minute lunch break after extended block/community meeting/advisory. We also have ten-minute breaks between classes to get from one end of campus to the other. For lunch, you can bring your lunch, or there is a great place on campus called “Shady Shack” where you can order food.

I think that is all I can say about my school for now. But now I want to change some things and make it the perfect school! 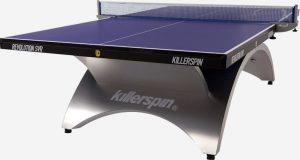 First off, we need a longer lunch. Twenty minutes is not nearly enough and not healthy because we don’t have time to eat slowly! We have to scarf down our food. I’d rather they cut extended block short and gave us longer lunch. On days where there is advisory or community meeting, make the breaks between classes shorter, start advisory or community meeting sooner, end it sooner, longer lunch! Also, I am a hard-core ping-ponger, so it’d be great if they put in a ping-pong table. These are really my main wishes for this school, but here are a few unrealistic or unnecessary wishes to make school a dream.

And that’s it! My dream school. Oh, and one more thing. When there are P.D days, the day becomes a half day. I think we should just not come to school. It is so inconvenient for parents to pick us up in the middle of the day when they have work!

11 thoughts on “School: Reality vs Wish”